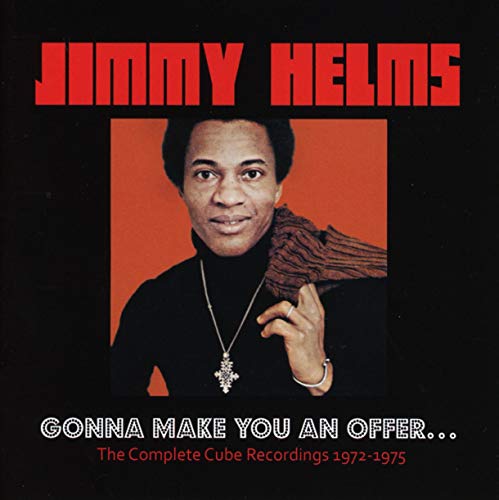 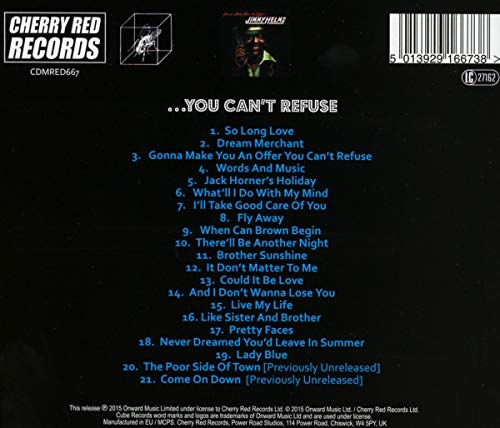 Digitally remastered and expanded edition. Born in Florida but based for most of his career in the UK, soul singer Jimmy Helms made his name in the early 1970s. Between 1972 and 1975, Jimmy recorded prolifically for the Cube label, fueled in part by the huge success of his hit single in 1973, ‘Gonna Make You An Offer You Can’t Refuse’, which peaked at #8. It wasn’t until 1975 that Cube followed with an album Gonna Make You An Offer… , which makes its debut on CD here. This CD contains every recording which Jimmy made for Cube in that period and it’s compiled with the involvement of Jimmy himself and producer Johnny Worth. After leaving Cube, Helms continued to record for labels such as Pye, as well as appearing in the odd movie and eventually joining soul band Londonbeat in the 1980s. Remastered from the original tapes, many of these tracks have never been on CD before.