To Memphis With Love – sahla 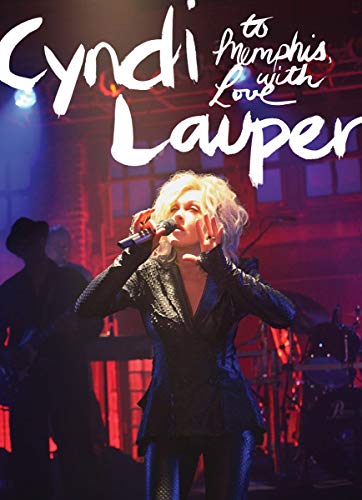 Grammy and Emmy Award winner Cyndi Lauper burst onto the world stage as the quintessential girl who just wanted to have fun. After more than 25 sterling years and global record sales in excess of 30 million, she has proven that she has the heart and soul to keep her legion of fans compelled by her every creative move. With her Grammy-nominated Memphis Blues, the best selling Blues album of 2010, Cyndi firmly asserts her position as one of the most beguiling, innovative and downright exciting recording artists of this and ever other generation. To Memphis With Love, due out on October 25th, serves as Cyndi s love letter to the Blues and the city with which she has fallen in love. Featuring Allen Toussaint, Tracy Nelson and Jonny Lang, this DVD introduces her audience to Blues superstars and their music.

In 1985, Cyndi won the Grammy Award for Best New Artist and became the first female artist to have five top-10 singles from a debut album. Along the way she has continuously won accolades as a singer, musician, actress, and writer. She has been nominated for 14 Grammy Awards, 2 Emmy Awards, 2 American Music Awards, 7 American Video Awards, and 18 MTV Awards.